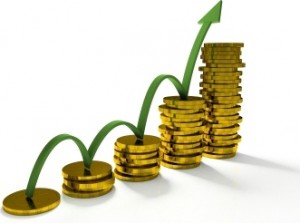 Legal representatives of NGO Transparency Venezuela appeared before the Political-Administrative Chamber of the Supreme Court of Justice (TSJ), in order to file an action for negligence against the president of the Central Bank of Venezuela (BCV), Nelson José Merentes, for non-fulfilment of his obligation of accountability under Article 319 of the Constitution of the Bolivarian Republic of Venezuela.

That article states that “the Central Bank of Venezuela shall be governed by the principle of public responsibility, and therefore, it shall report on the activities, goals and results of its policies to the National Assembly in accordance with the law. It shall also issue periodic reports on the behaviour of the macroeconomic variables of the country and other matters as requested, and shall include analyses that allow their evaluation (…)”.

Similarly, the legal action is based on the opacity generated by the failure to disclose key economic statistics in the country from January to July this year, which contravenes articles 7, which refers to the proper fulfilment of the objective of the BCV, paragraphs 13 (collecting, producing and publishing key economic, monetary, financial, exchange, price statistics and balance of payments data) and 31 which refers to transparency as a principle of the institution, of the Decree-Law on the Partial Reform of the Law of the Central Bank of Venezuela.

Consequently, the BCV “…must keep the Executive Branch, and other government agencies, public and private, domestic and foreign economic operators, and the public, informed in a timely and reliable manner about the implementation of its policies, decisions and agreements of its Board, reports, publications, research and relevant statistics according to practices accepted by the central bank, which must provide the best information on the evolution of the Venezuelan economy (…)”.

The action was filed by Transparency Venezuela “in its capacity as civil association, whose main interest is the correct and transparent enforcement of the law in the country, aiming at the defence of the constitutional principles of justice, accountability and transparency, considering that this year (2015) the Central Bank has not disclosed any information on key economic statistics in the country,” says the document.

The NGO noted that the Central Bank of Venezuela has not released information on the official website www.bcv.gob.ve on the National Consumer Price Index (CPI) since 2014, while the Balance of Payments data are available up to Q3 2014, as well as for Gross Domestic Product (GDP), and Shortage Index, on which there are only some reports until February 2014. These variables, according to the NGO, are vital to make a diagnosis of the economy.

“When economic agents in the country are unaware of the economic indicators, they act blindly and confused, and this behaviour creates havoc on the economy, which can be seen, for example, in the distortion that occurs when expectations about inflation are increasingly overestimated and the insatiable quest for foreign currency on the parallel market at any price. Also the publication of these indices ensures the stability of prices, greater efficiency and long-term growth of the economy, achieving thus the design of real economic policies that help improve the productive capacity of the country,” said Transparency in Venezuela in the writ.

The NGO notes that this situation has been reported by the media, because it goes against “the right of access to information as an indispensable requirement for the very exercise of democracy and greater transparency and good governance”.

Lastly, Transparency Venezuela requested the Supreme Court to order Merentes to comply with the provisions of the Constitution, and disclose periodic reports on the behaviour of key economic statistics of the country on the official website of the Central Bank of Venezuela.