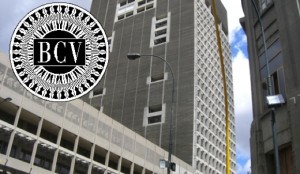 It was no surprise to anyone, but still, it was no less outrageous. On August 4, 2015, the Supreme Court ruled inadmissible the action for negligence against the president of the BCV, Nelson Merentes filed by Transparency Venezuela in July for not publishing vital data for the economy. What this means:

1) The Supreme Court does not want to force the Central Bank to disclose public information such as: inflation index from January 2015 to date; shortage index since November 2014, balance of payments, GDP.

… “As the requirements provided in Article 66 of the Organic Law of Administrative Jurisdiction are not fulfilled, this Court must declare the present action for negligence inadmissible. So it is decided.”

2) As an illegal and unjust excuse, they require the fulfilment of prior requirements, so citizens can have access to information. Thus, they impose conditions on obtaining information that is so relevant to the life of the country, such as forcing citizens to complete procedures and formalities:

Transparency Venezuela did not produced “any evidence supporting the efforts they have made to request and obtain from the President of the Central Bank of Venezuela compliance with the obligation of accountability under Article 319 of the Constitution of the Bolivarian Republic of Venezuela and publication of key economic statistics, as set out in articles 7 paragraphs 13 and 31 of the Decree-Law of the Partial Reform of the Law of the Central Bank of Venezuela, as explained in the petition”.

Unlike the Supreme Court, which does not seem to be aware of the absence of vital economic information, inflation ranked first in the Opacity Top10 in July.

3) These arguments limit access to public information and the exercise of this right. These requirements are unnecessary in a democratic society.

4) The Political-Administrative Chamber of the Supreme Court, presided over by Emiro García Rosas, rejected the argument of the failure to disclose by the BCV as a public and notorious fact, refusing to sanction this noncompliance by the Bank.

5) The Inter-American Court of Human Rights stated that “the full exercise of the right of access to information is necessary to prevent abuses by public officials, promote accountability and transparency in governance, and to enable a robust and informed public debate to ensure the guarantee of effective remedies against government abuse and to prevent corruption.”

[1]Judgment No. 935 TSJ
Check the Action filed by Transparency Venezuela.
Action for negligence against the Central Bank of Venezuela (BCV) for failure to publish the main economic indicators of the country

Facts:
On August 4, the Political-Administrative Chamber, with presentation by Justice María Carolina Ameliach, issued Decision No. 935 declaring inadmissible the action for negligence against the president of the Central Bank of Venezuela due to noncompliance with the obligation to disclose under Article 319 of the Constitution of the Bolivarian Republic of Venezuela, and the opacity caused by non-fulfilment of the obligation to publish key economic statistics, as set out in articles 7 paragraphs 13 and 31 of the Decree-Law of Partial Reform of the Law of the Central Bank of Venezuela.

The Court based its decision on the fact that the lawyers of Transparency Venezuela did not present along with the petition, the necessary documents to certify its admissibility, which is considered as a case of inadmissibility, in accordance with Articles 35 paragraph 4 and 66 of the Organic Law of Administrative Jurisdiction, which provide:
“Article 35. The petition shall be declared inadmissible in the following cases:

4. Failure to present the necessary documents to verify admissibility…”
“Article 66. In addition to the requirements of Article 33, the petitioner must submit documents proving the formalities carried out in cases of claims for provision of public services or negligence”.

The failure to fulfil the obligation of accountability violates Article 319 of the Constitution of the Bolivarian Republic of Venezuela, which states “the Central Bank of Venezuela shall be governed by the principle of public responsibility, for which it shall report on the activities, goals and results of its policies to the National Assembly in accordance with the law. It shall also issue periodic reports on the behaviour of the macroeconomic variables of the country and other matters as requested, and shall include analyses that enable evaluation thereof (…)”.

Transparency will discuss how to respond to this decision.