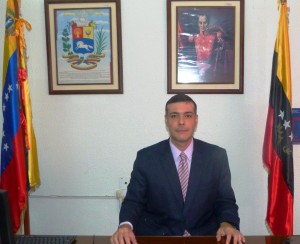 Justice of the Administrative Chamber of the Supreme Court appointed on December 23, 2015 by the National Assembly. He is a lawyer graduated from the Catholic University of Táchira. He has a Masters in Criminology with a Ph.D in Law from the University of Zulia. He chaired the Criminal Judicial Circuit of Táchira, he taught at the Bolivarian University of Venezuela (UBV) and the National Experimental University of the Armed Forces (UNEFA). He was in charge of human resources at the Autonomous Institute of Civil Protection of Táchira.