Justices leave in limbo bonus for pensioners and retirees 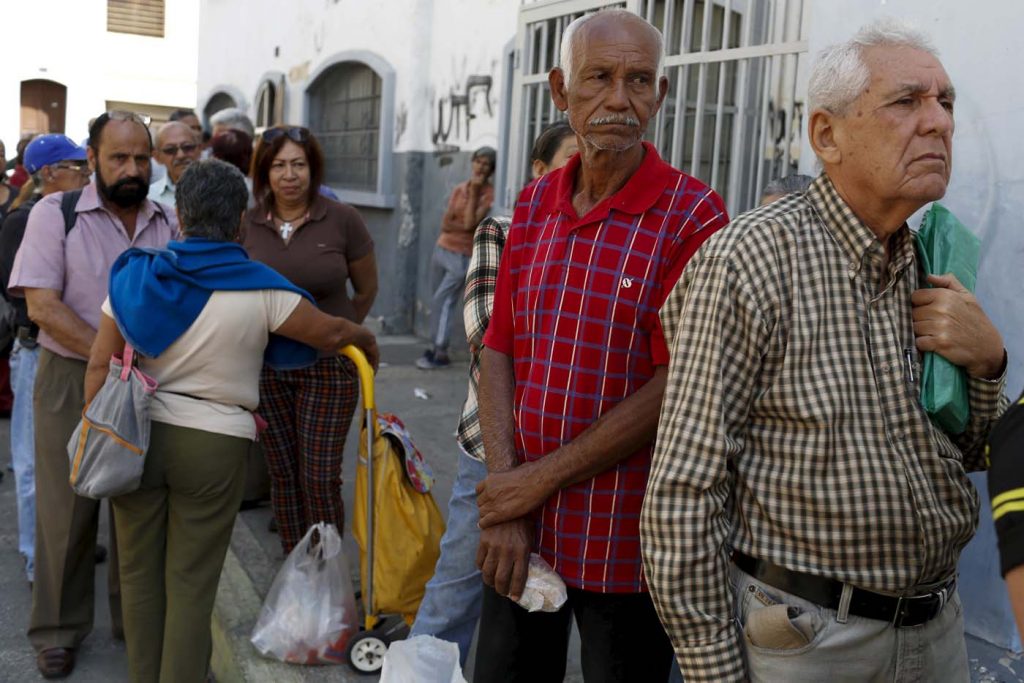 Yes, but no. The Constitutional Chamber of the Supreme Tribunal of Justice ruled that the Law of Bonus for Food and Medicines for Pensioners and Retirees, approved by the National Assembly, is «conceptually constitutional»; however, pointed out that for the time being it is absolutely inapplicable.

President Nicolas Maduro had already advanced what the position of chavismo in this matter would be. «Today they invented a law and they create a food bonus for the grandparents, they come with demagoguery and believe they can confuse the people, to propose a law to give a food bonus without economic study and knowing that with today’s oil price It is not possible to deliver that benefit», he said on 11 February 2016.

The parliament enacted the rule on 30 March. The instrument aims to «complement, through a bonus, the monthly income of pensioners and retirees of the public and private sector, in order to protect their right to food and the acquisition of medicines».

The head of state asked the Constitutional Chamber on 14 April to rule on the text, stressing in his request that it «intends to impose new expenditure commitments, without being provided for in the Budget Law for the current Fiscal Year, omitting the indication of the financing source to pay for them, and ignoring the existence or not of the current budgetary availability to honor the provisions of the referred law, without generating liabilities for the national, regional, district and municipal public sector».

Taking as valid the arguments of the National Executive, the country’s highest tribunal ruled on 28 April to leave this law in limbo, arguing that the National Assembly did not verify «effectively the impact and economic viability» of the law. The Justices, in a joint presentation, relied on the ruling of 21 April that modifies the parliament’s Internal Rules and Debates Regulation, imposing a kind of «prior control» on the part of the Presidency of the Republic on the legal initiatives of the deputies.

The Constitutional Chamber found «serious violations of the legal-constitutional order in the process of formation of this law by the National Assembly,» among other things because the parliamentarians did not comply with the «obligation» to «agree with the Executive Branch before enacting any legal text by the economic impact that it has itself in the fiscal budget».

The ruling of the TSJ was rejected by the deputy Miguel Pizarro, president of the Commission of Social Development of the National Assembly. «The economic viability of this project has been presented very clearly: if instead of giving $ 1.4 billion to Cuba, if rather than giving away a majestic square like the one they gave in Haiti and if Petrocaribe really was a mechanism of international solidarity and not a scheme of gifts of our resources abroad for political reasons, there would be here enough money to pay this bonus», said the opposition legislator.

«Its entry into force is subject to the forecasting and existence of resources in the National Treasury, as well as the due factual and economic analysis, together with the harmonization of the legislative proposal, with the indicators and variables of the integrated systems of the public sector financial administration, which is linked directly, immediately and indissolubly with the competence of the President of the Republic referred to the administration of the National Public Finances».