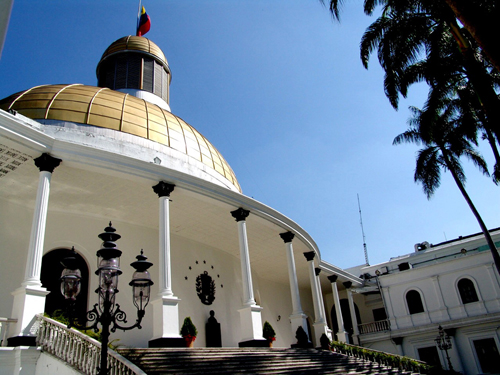 Until the last minute of the last day of their five-year term, the deputies of the National Assembly can continue discussing and approving laws, additional credits, appointing officials and performing any other task assigned to them by the Constitution, since they are “in full exercise of their powers”.

So was established by the Constitutional Chamber of the Supreme Tribunal of Justice, in its judgment 1758 of December 2015, in which it answered an interpretation recourse of article 220 of the Constitution that the outgoing president of the parliament, Deputy Diosdado Cabello (PSUV-Monagas ), filed on 16 December and with which he sought to clarify whether he could convene extraordinary plenary meetings and whether the current legislators could exercise all their powers, despite the fact that their period is not only about to expire but that their successors were already elected by the voters.

In the ruling, which was jointly drafted by the seven members of the tribunal, it does not only asserted that an outgoing parliament “is not constitutionally prevented from convening extraordinary sessions”, but also gave it the green light to address during those meetings any matter that most of its members wish to treat, considering that its members are “in full exercise of their powers” and that the fact that they are out in no way implies that their faculties “are diminished”.

Before bringing the action Cabello assured that if the new National Assembly elected on 6 December 2015, in which the Democratic Unity Roundtable (MUD) obtained 2/3 of the seats was not installed, they would still work .

The TSJ, in this judgment, endorsed the former National Assembly president’s argument, by stating that “the constitutional period of the National Assembly is five years, and begins on 5 January after the election or the day immediately after possible, and fully exercises its powers and competencies until 4 January after the electoral process that elects the next Assembly, or until, finally, the new Assembly is installed”.