TSJ insists on endorsing previous censorship despite what the Constitution says 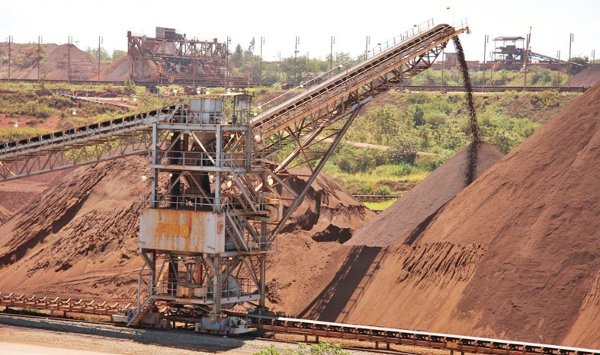 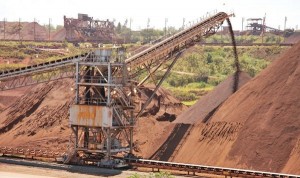 The coverage of the corruption case at Ferrominera Orinoco (FMO) began in November 2012 with the intervention of the General Directorate of Military Counterintelligence (DGCIM) in the Marketing Department for the alleged trafficking of iron ore.

According to preliminary investigations, FMO sold iron ore (at preferential prices) to intermediary companies–many of them with no experience in the market—which then placed the product on the international market paying bribes to managers and other government officials.

The start of the investigation was published by the newspaper Correo del Caroní and subsequently denied at a press conference by the then president of the state-owned company, Radwan Sabbagh.

Sabbagh was the only president, in times of high management turnover, with more than six years at the helm of FMO, which was almost a mandatory stop for President Hugo Chavez during his visits to Guayana.

His hold on power was attributed to his close relation with the governor of the state of Bolívar, Francisco Rangel Gómez, with whom we worked at Corporación Venezolana de Guayana (CVG).
But it was not until May 2013 when the DGCIM began a series of interviews with employers, management staff, including the president of FMO regarding iron ore trafficking, among other crimes. The information was censored in the regional press, on which the governor has an important influence.

The DGCIM revealed a schism between the regional and national government. Between 2008 and 2012, several inquiries were made on the FMO loading docks, but no power figure was affected by the findings, which included the trafficking of 2,000 tons of aluminum, and the discovery of two shipments of cocaine–one of them, of 5 tons.

Radwan Sabbagh was arrested on June 12, 2013, as announced by President Nicolás Maduro as part of a campaign the government had called the “Fight against Corruption.”

Sabbagh is accused of willful embezzlement, aggravated misappropriation, evasion of tendering procedures, collusion of a public official with a contractor, and conspiracy for diverting 250 million bolivars. 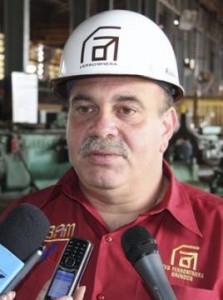 Mustafá is a known friend of the governor of Bolívar, Francisco Rangel Gómez, and he is a contractor with the local government and the basic industries.

They are all being detained at the headquarters of the military police in Ciudad Bolívar, while the trial takes place in Caracas.

Additional to to the investigation on FMO, the Prosecutor Ministry has an open case for bribery against the colonel of the General Directorate of Military Counterintelligence (DGCIM), Álvarez Dionisi, a.k.a. “El Tiburón” (The Shark), who arrived in Guayana to investigate the trafficking of rebars, and irregularities in the basic industries.

“The Shark” is charged with the counts of extortion, money laundering and conspiracy.

Yamal Mustafá, owner of Corpobrica, Credilab and the newspaper Primicia, among other companies, is–together with Sabbagh—one of many people interviewed by the DGCIM in case No. 47C-16.156-13 as an alleged victim of extortion by “The Shark.”

Other entrepreneurs, including the owner of the private company Corinsur and his nephew Manuel Mustafá, were also summoned to testify.
From the entrepreneur’s bank accounts, four million dollars and two million bolivars were transferred to the colonel’s accounts abroad, under the alleged threat of creating a scandal “similar” to the case of the rebars in Guyana.

For the case of extortion, apart from Álvarez Dionisi, authorities also arrested Carlos Vieira, owner of Viherca (an FMO client); Carlos Martinez, for the alleged commission of the crimes of money laundering and conspiracy, and Lieutenant of the Bolivarian National Guard (GNB) Néstor Arturo Nieves Moreno, who also worked at the intelligence agency, and Belkis Guerrero (Álvarez Dionisi’s wife).

Mustafa told the DIM that he decided to use his accounts to protect his nephew, Manuel Mustafá, whose intermediary companies resell iron ore in the international market.

The conclusions of the technical report of the Financial Analysis Department of the National Guard established that Álvarez booked in 2006 around 160,000 bolivars with an “unknown origin.”
Between late 2010 and the first half of 2012, investigators found Bs.180,000 “the source of which was not his work as a member of the Bolivarian National Armed Forces, but came from Radwan Sabbagh through Yamal Mustafá, who provided a bank account registered to his name.”

The department determined that Mustafá transferred US$3.9 million as a result “of the alleged extortion committed by Radwan Sabbagh, to the account of Representaciones Doralito at Citibank N.A. in New York.”

They also determined that the colonel’s wife received an amount in dollars transferred by the former manager of marketing and sales of FMO, Juan Aníbal Vásquez, through the company Viherca International.

Besides his wife, his daughter received $4,000 from Vásquez.

The release of the statements made by officials to the General Directorate of Military Counter Intelligence (DGCIM) generated one criminal lawsuit and one civil action against Correo del Caroní. The plaintiff, Yamal Mustafá, called for the censorship of publication of the FMO case in  Correo del Caroní and in any other newspaper in the country while the investigation is ongoing.