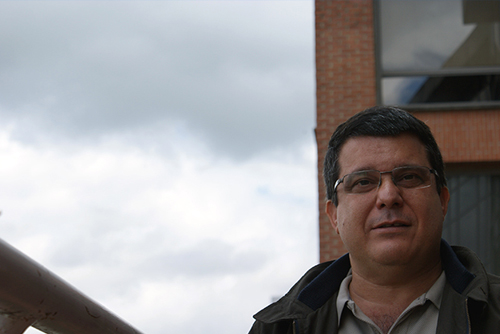 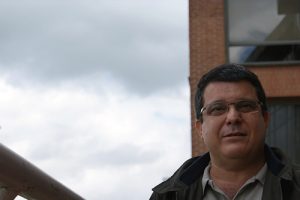 The clash of powers is not just a matter of two. Besides facing the pressures of the Executive Branch, this National Assembly has been forced to deal, since its first session, with the Supreme Court, which in practice has crippled the Parliament, by accepting the contesting of four deputies elected for the state of Amazonas, and even declaring the directors of Parliament in contempt for that case.

But that is not the only source of conflict between the National Assembly and the Supreme Court. A committee headed by Deputy Carlos Berrizbeitia (Prove-Carabobo) is evaluating the legality of the appointment of 34 judges (13 principal and 21 alternate), made on December 23, 2015. Berrizbeitia notes that this procedure transcends the mere analysis of a fact already reported as irregular by the opposition; it is about strengthening democratic institutions in Venezuela.

– What is the work of the committee? What have you found so far?

– The committee has been working for just two weeks. The first thing we did was request the entire file from the National Assembly Archives, which shows the administrative procedure conducted by the outgoing directors (headed by Deputy Diosdado Cabello) with the committee headed by Elvis Amoroso (former PSUV deputy for Aragua) to choose the 13 principal and 21 alternate judges on December 23.

The first thing we have seen is that the file is incomplete; there are only two curricula of the 13 principal and 21 alternate justices. In addition, the committee is receiving experts in constitutional matters who are delivering reports on alleged procedural violations. The idea is to demonstrate with substantial evidence, with the file as proof, that there were violations in the administrative procedure conducted by the National Assembly to elect these judges. The National Assembly has self-oversight capacity, i.e., if the administrative process did not comply with the Regulation, the Organic Law of the Supreme Court and the Constitution, the National Assembly must rectify and correct this situation. It should be clear that the NA appoints Justices, and the NA is elected by the people. Then, the appropriate measures will be taken if there were flaws in the administrative process.

– So, in the National Assembly files, are there only two curricula vitae of the 34 justices appointed in December 2015?

– The whole country saw the nervousness, the haste with which these judges were appointed in December. That was the gift that Venezuelan received for Christmas, an express appointment of judges, without even trying to keep up appearances. The file is the result of this haste. It is not even numbered, it does not have any protection, although it deals with a serious issue which is the appointment of judges of the highest court of the country. In addition, there should be individual files for each of the Justices. This demonstrates the illegality committed with these appointments.

– Will you request the Supreme Court the information missing in the file?

– First we have to find the curricula. Any professional in any area of service submits their curriculum. We must review the curricula for compliance with the requirements imposed by the Constitution and laws. A Justice of the Electoral Court must have experience in the field, postgraduate courses. We will ask the president of the Supreme Court, Justice Gladys Gutiérrez, to send the curricula to the NA.

– You mentioned the case of the judges of the Electoral Court. They appointed Christian Zerpa, who went from being a fellow member of the United Socialist Party of Venezuela to Justice of the Supreme Court.

– We also have to talk about ethics here. As deputy, Zerpa voted for himself to be appointed Supreme Court Justice. Incidentally, this is one of the two curricula kept in the NA archives. Zerpa has been politically active in the ruling party. The great harm that the Government has inflicted on democracy is eliminating the separation of powers. Zerpa was a deputy and now is a Supreme Court Justice, and there are others who have had links with the ruling party.

The Supreme Court has been used as a political tool and not as a tool to impart justice. The only way we can achieve a solid and serious democracy is by having working institutions. Venezuela needs strong and independent institutions. We are working on that. If the procedure for the appointment of judges is flawed, if we prove that there were flaws in the appointment of judges, we have to take constitutional measures to redress the damage they are doing to an institution that we must rescue, namely the TSJ.

– Such a decision can worsen the conflict of powers.

– There was a clash earlier this year. We abide by a decision of the Supreme Court (the challenge of the election of four deputies for the state of Amazonas). We abide not only because there are laws in this country, but because there are some very important political variables we must handle. Just as we accept something we found politically unacceptable, hopefully the Supreme Court will also accept that we are an independent power and that the Constitution gives us the tools to modify laws and appoint officials. I hope it does not come to a clash of institutions because we do not want to take power and spaces from the TSJ, but we will also not accept that the TSJ takes away our spaces, responsibilities and tools to rectify procedures.