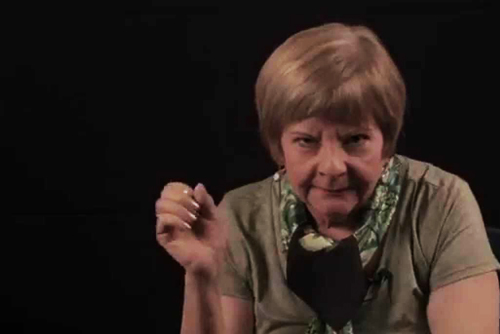 The former president of the Supreme Court, Cecilia Sosa Gómez, criticises in this article, written in the framework of the launch of the Supreme Injustice project, the irregularities of the Venezuelan Judiciary and stresses that citizens have a duty to monitor the administration of justice in the country Transparency Venezuela launched the website Suprema Injusticia, as I understand, so everyone can perform oversight over governance of Justices of the Supreme Court of Justice (TSJ), who are constitutionally obliged to facilitate such oversight. 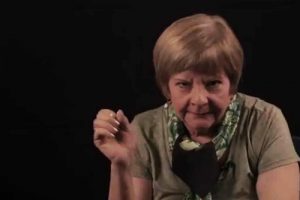 Why do Justices always please the government in their decisions? Repeated failure by the judges to comply with constitutional obligations to which they are bound, has placed them above the Constitution, which they interpret to their convenience, coming up with different rules, whenever they issue a judgment, violating it, being personally responsible for such decisions.

A Republic needs to have an “autonomous and independent judiciary,” as mandated by the Constitution. To this end, we also need to exercise the right of citizens to participate in the formation, implementation and oversight of administration of justice, especially when we are part of the system of administration of justice. Of course, that is the philosophy of the Constitutional Bloc of Venezuela, to be lawyers/citizens and citizens/citizens.

Our Constitution states expressly for the first time that justice is one of the higher values of the legal system and it does so in order to define what we are: a “democratic and social state of law and justice.”

This means that based on legal requirements and constitutional supremacy, the judiciary and the justice system emanate from people’s sovereignty, and thus, are subject to it. Similarly, we must emphasise how the Constitution provides that the power to administer justice emanates from the people and is exercised on behalf of the Republic and by authority of law.

Do the incumbent (32) Justices of the Supreme Court and the more than 2,000 Judges know what this responsibility means? They do, but the positions they hold, their appointment and their performance is inextricably bound to fulfilling the political mandate for which they were appointed, so any initiative, decision or dissenting vote by the government, which ultimately is the one that ends up issuing the rulings, is endorsed and “legitimised” by their own decisions.

All judges of the Republic, subject to the decisions of the Supreme Court, are contaminated by its bad example and unethical behaviour; and if they do not take orders from above, they will be subject to judicial disciplinary jurisdiction exerted by political judges in disciplinary courts.

Why have I used the term “corruption” to refer to judicial decisions or judgments of the Supreme Court and in particular the Constitutional Court?

When we examine the term “corruption” (From Latin ‘corruptio’, corruptiōnis, with the intensifying prefix con-, and rumpere, ‘to break, to tear to pieces’) is the action and effect of corrupting, spoiling something; it refers to the alteration, decomposition or putrefaction, in this case, of justice, mainly associated with political processes, when they are transformed to be used for personal satisfaction or protection, neglecting concerns for community service.

Thus, corruption can be seen as a lack of virtue of the judges. Humans are rational beings and their virtue lies in the pursuit of truth and reason, which become their guiding principles, so that when we act against such principles, we are being corrupt.

They violate the constitutional requirement of independence and autonomy as well as the guarantee of impartiality required for justices, judges, prosecutors, public defenders from the date of their appointment until they leave office. Also, the Constitution expressly rejects (Art. 256 ) activities of partisan political activism.

This activity is undertaken precisely through judgments, appointment and removal of judges, directly or indirectly. They have even published a “Strategic Plan of the Judiciary” which specifically acknowledges that they are in the construction of a socialist society of justice and equity; it also declares the cult of personality of the late President Hugo Chávez, who they claim is still their leader, and they support the efforts of the head of state, Nicolás Maduro, in contributing to building a just and peace-loving society. What a fallacy.

Therefore, Justices, judges, defenders and prosecutors are biased in favour of the government and the socialist process, and they are personally responsible for their actions and will have to answer for it before the Courts. These are corrupt judges.

A second consideration is the abuse of power or misconduct of judges in the exercise of their functions. They have degraded justice with their improper behaviour, issuing collectively (always when faced with ultra-political decision they issue joint rulings) judgments that violate the legal obligation of appointing a rapporteur, characterized by linguistic corruption of the Constitution, altering the substance of the rules, in order to introduce changes, with the intention to have the last word and favour those who protect them, because they belong to the same political clan in power.

The term injustice generally refers to illegality, negligence, misconduct or abuse which has not been corrected or sanctioned by the legal and/or judicial system, and also to the non-respect for the rights of both of individuals and society as a whole. So, injustice is the benefit of some, to the detriment of others.

Injustice appears not only in the law and breach thereof, but in everyday life, when one of the values such as respect, trust, solidarity and ethics, is not taken into account and is neglected. Therefore, a change of attitude in seemly unfair situations will be the only way to achieve solid structures of Justice.

In Venezuela we are victims not only of judicial injustice, but also social and political injustice. The latter is known as the unequal conditions in a society as a result of discrimination of one group against another. Social injustice can be seen as a lack of access to economic, political or social rights.

Every day, we witness in the country a situation of social injustice, where those who are classified as poor are the most vulnerable group. They suffer not only economic hardship and lack of opportunities (food, education, jobs), but also social discrimination by a sector of the community. In fact, the government devises economic plans to further impoverish those in this situation, although the discourse attempts to show that they are doing everything for the people.

Under this premise, the primary responsibility to end social injustice lies in the citizens themselves, with a change of attitude, demanding firmly and strongly their legitimate rights in order to achieve solid structures of Justice.

We have to understand that Law is Justice, the Law is the art of all that is good and fair.

I do not want to finish without referring to the commitment that we as women have with Lady Justice. She represents us blindfolded, with balance scales in one hand and a sword in the other.
Blindfolded because Justice does not look at people, but the facts, i.e., Justice is equal for all. The blindfold represents objectivity, in the sense that justice should be imposed impartially, without fear or favouring one party, regardless of identity, money, power or weakness. Justice is blind because she is impartial.

The balance scales represent the judgment that she will determine by putting arguments and evidence on each side of the balance; that scale suspended on her right hand measures the weight of a case and its opposition, and the sword shows that Justice shall punish harshly those responsible or guilty, and most of the time, that two-edged sword in her left hand symbolizes the power of reason and justice, which can be exercised in favour or against either party.

Man lies before Lady Justice to respect her, and she stands exercising Justice and showing how to achieve it. A good allegory to start rebuilding Justice.